Have You Had a Traumatic Experience? | Austin, Tx 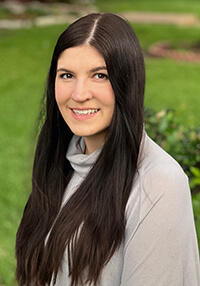 Tori Olds, a therapist at Deep Eddy Psychotherapy in Austin, TX, talks about what happens in your brain when you go through a traumatic experience and how that can be dealt with in therapy.

What Makes an Experience Traumatic?

What makes an experience traumatic is when the situation or the emotion that it evokes or the intensity is too much for our system at that moment and so we shut down and freeze. When that happens, it’s hard to move through the sequence of what we’ve evolved to want to happen in danger. We want to move from a momentary, “What am I going to do?” planning period, to a fight or flight, then escape, discharge, finally feeling safe again.

When we don’t actually have a chance for the fight or flight because we are physically held down or constricted or trapped or so frozen that we don’t know what to do, it’s as though our Being never really gets to feel that the event was completed, or that it’s done and now we’re somewhere else.

“Completion” is the Cue Our Brain is Waiting For

It’s kind of an odd thing, but that “completion” is the cue that our brain is waiting for. That’s when it can organize the story and make sense of it. That completion allows the brain to essentially say, “Okay, there was a bear, I saw it, then I ran. I ran really hard. My heart was pumping.” Or, “Someone came and attacked me and I punched them and I beat them.”

That completion allows your brain to go, “Okay, now I’m safe and it makes sense that I am safe, now, because I went through that.” But when we freeze in the moment, all that activation gets locked in there and it leaves us with a sense that something didn’t get to happen, yet, that would finish it and bring that completion. So, it’s still living with us in the present and the past never quite becomes the past. Which means we’re still jumpy, we’re still activated in that way, or we’re so shut down and depressed because there was no completion.

Finding a Feeling of Strength and Empowerment in Therapy

When that sense of helplessness with the trauma—again, from something on the outside because we were actually in danger and we couldn’t move or we just didn’t know what to do, we were helpless—it’s more likely to be traumatic than if we were in the situation where we actually got to actively do something to save ourself. There may still be some trauma, but it’s much less likely to be traumatic if we got to fight or run or push that thing aside and make our self free. We got to do something and it gives us a feeling of strength and empowerment, which lets our mind deal with the fact that there’s danger in the world.

What would the releasing of that trauma in therapy look like?

Sometimes it looks like crying or even sometimes shaking. There could be some discharge, heat. You know when I was really doing a lot of trauma work, the first thing we would go toward was trying to find the frozen fight or flight impulse and we might really feel that through the body and even imagine it.

Let’s say a person got attacked. We might ask, “Can you imagine punching that person?” We want to get them involved with it in their mind to get them back in their strength that they couldn’t have in the moment of the actual attack. That is the fight or flight part. That leaves them feeling really empowered, but sometimes after that there’s a discharge, perhaps its crying. You know things that need to release but in a very contained way.

Trauma Therapy Should Always Be Very Contained and Slow

As an aside, trauma work should always be very contained and slow. It’s not about having a big catharsis or reliving it or going back to remember it. Sometimes we revisit the memory, but only a very small little bit of it because we don’t want to become over-activated and become traumatized again.