Ask a Therapist: Telling Your Story

Matthew Halvorson, LPC, completed his graduate work at The University of Texas at Austin, and he completed his bachelor’s degree at Dickinson College in Pennsylvania.  As a therapist, Matt is passionate about meeting people in the mess of life, promoting wellbeing and growth, and helping others make sense of their stories.  He works with teens and adults, and he works with individuals, couples, and groups here at Deep Eddy Psychotherapy.

I recently interviewed Matt to explore the role of stories, storytelling, and psychotherapy.

To learn more about, check out his clinician profile. 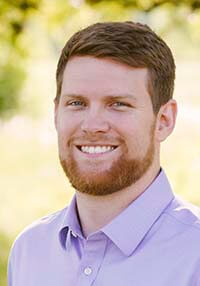 Q – First, let’s help the readers get to know you.  Tell us a story about yourself.

Matt:  Well, the best way to understand me is to understand that I learned to make sense of the world through sports.  I played soccer growing up, and being an athlete was such an important part of my identity.  One specific memory stands out to me in my soccer career.  When I was 16 years old, my club team won the state cup – and I was over the moon.  The story could end there, but it would miss so much more about my experience.

After winning state cup, we went on to regionals.  This was the dream, being able to play at such a high level of competition.  But when a teammate’s study abroad plans conflicted with regionals, my coach asked me to step into a new position.  It would be a big change with a big learning curve, but coach really believed in me.  He was the best kind of coach, the kind that had high expectations for us, but we knew that he cared about us and would support us to grow as players and people.  And he trusted me to be able to adapt and help bring the team to our next victory.

After just a few weeks of prep and adjusting to this new position, there we were.  We were playing the Michigan Wolves in regionals.  The game was intense.  I was doing my best, holding my own, and then it happened.

I scored an own goal.

In other words, I put the ball into our team’s goal, thus scoring a point for the other team.  The right midfielder for the Wolves was coming down the right side, and he crossed the ball into our box.  I’d been in this situation a million times. I knew what I needed to do.  I was going to sweep my leg and clear the ball out.  But as the ball got close… it hit an odd bump, bounced off the top of my foot, and sent the ball soaring right past my goalie into my team’s net.

Even right now, Kyler, while I’m telling you this story, I’m replaying what happened in my head.  I’m standing in my office, phone to my ear, going through the motions of what happened next.

We were up 1-0 at the time, but then we ended up losing 2-1.  There were a million moments in the game that impacted our eventual loss.

And yet here I am, sweeping my leg back and forth, replaying this one moment to myself as we go through this story.

This is just one snapshot of my life, but I can paint the picture in many different ways for different audiences.  I could tell it in a way that avoids the shame and highlights the positive – the winning state cup, the making it to regionals, the being asked to step up into a position because my coach believed in me – or the negative, the own goal, losing the game and letting my teammates down.

See, people tend to do this with all sorts of things in their lives.  They go back to those moments of failure and disappointment, replaying them over and over.  The way we tell our story matters, and it can change the way you approach life and relationships.

Q – Why are stories important?

Matt:   Stories are important because they give us a glimpse into someone else’s experience.  They express what’s actually important to the storyteller based on what they emphasize.  As we emphasize different things, the story changes.  We pick up on different patterns and meanings, and those change and vary with different perspectives.

Stories also give us a framework for understanding.  We don’t really care about information if it doesn’t have anything to connect to.  A story gives us context, a structure for making sense of ourselves, others, and the world.

Our own stories matter because they tend to change and evolve over time.  I could tell that same story about playing soccer that year over and over and over again, but there’s no way that I would tell it the same way twice.  But what’s interesting is it’s not just time that changes the story and the person, but the person also has the power to change the story.  And that’s why stories matter in therapy.

Q – How do stories and storytelling come into play in therapy?

Matt:  In the field of psychology, we really value the role of the story.  As a therapist, I listen for how a story is told, how it changes over time, and what causes those changes.  I’m also a firm believer that we don’t always believe the internal story until it’s said out loud – the mind is able to process those stories on a deeper level when they are shared.

I want to help clients slow down as they share, to give space to be curious about their stories.  I encourage them to feel free to edit and change the stories they tell.  For example, you might tell a story of having something absolutely horrific happen to you and how that ruined your life.  With some small adjustments, that same story can be made into one of surviving something terrible and standing strong enough to share what happened.  We can’t erase trauma, but we can remember our power in the way we tell our story.

Q – What advice do you have for people who are trying to tell their story well?

Matt:  When you are trying to figure out the best way to share your story, I will encourage you to keep three things in mind.

First, what are the emotions you are trying to convey?  How did you feel, and how are you feeling at the moment as you are sharing?  Second, what level of intimacy are you comfortable with?  What is appropriate, expected, and wanted by your audience?  And third, what is your story actually supposed to be communicating?  What is the message you are trying to get across to those who are listening?

And remember – you are the one who gets to write your story.  You get to choose how, when, and why you should share it.  And if that process feels too daunting, you don’t have to do it alone.  Therapy is a great place for you to have space to tell your story; a story that doesn’t leave you alone in your hurt but one that includes hope for the future.  All you have to do is get started.

We would love to hear from you.  If you would like to learn more about our services or want to schedule your first therapy session, check out our Contact page!  Our team of compassionate providers is dedicated to providing you with the utmost quality of care for your mental health needs.